The perovskites or photovoltaic energy accessible to all?

The perovskites or photovoltaic energy accessible to all?

The photovoltaic cells called “Perovskites” to replace the silicon?

What are the Perovskites?

The Perovskite is a mineral species discovered in the 19th century by the German mineralogist Gustav Rose while doing research on the minerals in the Ural region. In 2009, the work of the Japanese researcher Tsutomu Miyasaka demonstrated their interest and were pursued by the University of Oxford. Originally, the perovskite designates the mineral of calcium titanate (CaTiO3). Henceforth, the perovskites are seen as a particular atomic structure (cubic with calcium, titanium and oxygen) simple to reproduce in laboratory.

In 2013, the Polish researcher Olga Malinkiewicz discovered, when she was doctoral student at the Institut for Molecular Sciences (ICMol) of the University of Valencia (Spain), that they could become key elements to form, in a simple way, photovoltaic cells of new generation. Olga Malinkiewicz has since been internationally and repeatedly rewarded for her work (MIT, European Commission, etc.). Since then, associated to the Polish start up Saule Technologies, the researcher has been involved to the large-scale industrialisation of this discovery.

What credit should be given to this technology?

According to a professor of the Federal Institute of Technology (Sciences and Chemical Engineering) in Lausanne (Switzerland), at the forefront of the photovoltaic energy research, this discovery is set to revolutionise the production of photovoltaic energy.

The main innovation lies in the fact that the solar panels Perovskites are:

How are the photovoltaic cells called “Perovskites” made?

The procedure consists (simplified) of placing a layer of perovskites by a simple “ink jet” type printing. It is no longer necessary to use high temperatures to deposit a photovoltaic layer on a support. This provides a great flexibility in terms of support surfaces and printable forms containing solar cells.

Despite significant technical barriers such as high performance stability over time, water resistance, resistance to temperature and UV, the researchers were able to control the procedure. In recent years, the researchers of the EPFL (Federal Institut of Technology of Lausanne) have developed a simple and inexpensive method of depositing coating layers in order to remove the cause of instability which persisted. It seems however that, depending on the applications, the futur is in the combination between the layers of perovskites and other materials or alloys, some silicon based. In 2018, researchers announced that they obtained historical performances of 25 to 27% (Oxford PV company).

Flexible, lightweight and customisable photovoltaic surfaces to replace the silicon?

Their final structure being flexible and lightweight under the form of a thin PET film (polyethylene terephthalate), it becomes possible to suspend or hang them almost everywhere. And not only on the roofs, but also on the facades or windows of the buildings! Indeed, they react to a wider strip of light spectrum than silicon photovoltaic panels. So, even with a weaker and less direct lighting, the panel works.

It is also possible to apply the photovoltaic layer, in a customisable way, on numerous innovative supports.

Indeed, these new modules are thinner, lighter, more design than the current cells….. This open up enormous opportunities for builders and architects who want to use solar energy in the frame of low consumption or self-sufficient energy buildings. 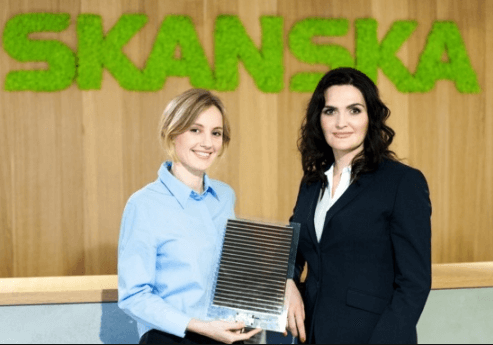 The current performance of the cells is approximately 23%. However, it seems these solar cells could one day reach the maximum technological limit possible for this kind of technology, which is 31%.

The strength of photovoltaic cells called “Perovskites” is their low cost and manufacturing complexity.
It is estimated that a panel of less than 2 m2 of Perovskites cells could power a workstation of a user for a day.

The cost of the panel will be, once it is industrialised on a large scale and at its advanced stage of development, around 50€/m2 for a performance equivalent to current photovoltaic panels (around 23%). For now the announced operational efficiency is closer to 15%, causing a cost of electricity at an impressive level of only 0.05 Kwh (LCOE (Levelized Cost of Electricity)).

What challenges the nascent industry of photovoltaic cells called “Perovskites” has to face?

At a time when most of European manufacturers of photovoltaic panels has disappeared in favour of the Chinese production, the Perovskite technology must face several challenges to hope to break through on a large scale. To date, their performances are only equaling those of the silicon whose business lives are announced to be 25 years. The stability over time of the Perovskite films are yet to be demonstrated. Some experts also proceed the course of a tandem technology between the silicon and the Perovskite.

The highlight of Perovskite cells is to work in much reduced light conditions. As for the cities, the silicon photovoltaic panels involve disposing of large horizontal surfaces. It’s to meet this constraint that numerous projects consent the integration of photovoltaic energy production technologies directly into the building materials (BIPV = building integrated photovoltaics). Perovskite based films may find their place thanks to their capacity of integration (finesse and flexibility). The cells could be incorporated into roofs, walls, windows, etc. But there is still work to do regarding their transparency. A point that is not really a problem as it can serve for other objectives (shading).

The potential applications are numerous to provide the energy in the context of the mobility, embedded electronics but also in the frame of housing and construction.

The Polish start up Saule Technologies commissioned significantly large panels in a Japanese innovative hotel at the end of 2018.

The Swedish multinational company Skanska, constructor in the building and public works, has negotiated an operating licence with Saule Technologies in order to integrate the technology of “Perovskite” photovoltaic cells in some of its futur constructions worldwide. Panels of 1.2 x 0.9 m were tested on real buildings in Poland in 2019. Projects are currently underway to integrate films of perovskite solar cells directly into the glazings.

It’s in the Polish city of Wroclaw where 40 000 m2 of perovskite solar cell panels will be manufactured this year.

Many industrial projects based on this technology emerge nowadays.

The Polish company SAULE TECHNOLOGIES develops and commercialises an industrial production of Perovskite based photovoltaic cells. The innovation is multiple: flexible, lightweight, design, customisable, inexpensive and at a performance equivalent to that of silicon panels. This company could revolutionise the world of photovoltaic energy 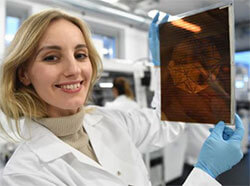 Title
the perovskites or photovoltaic energy accessible to all?
Description
The photovoltaic cells called “Perovskites” to replace the silicon? The main innovation lies in the fact that the solar panels Perovskites are: - flexible, lightweight, customisable depending on the application (transparent and variable tint). - work everywhere, not only on the roofs, with a lower light source than conventional panels. - cheaper but as effective as the conventional panels. Performance rate of 22% in 2016.
Author
Foxof Innovation
Publisher
Foxof
Best housing innovations 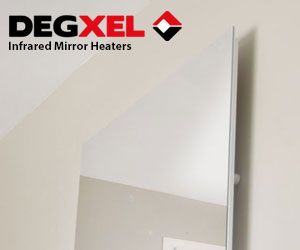 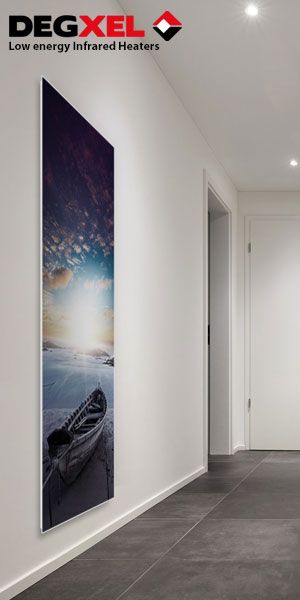 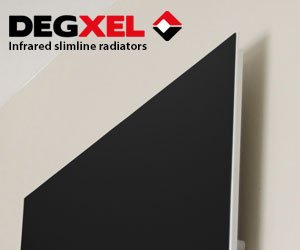